As part of this morning’s fall GTC 2020 announcements, NVIDIA is revealing that they are releasing an even cheaper version of their budget embedded computing board, the Jetson Nano. Initially introduced back in 2015 as the Jetson TX1, an updated… 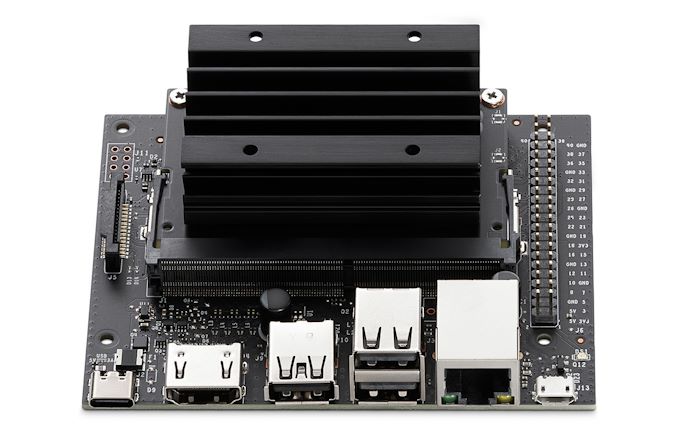 As part of this morning’s fall GTC 2020 announcements, NVIDIA is revealing that they are releasing an even cheaper version of their budget embedded computing board, the Jetson Nano. Initially introduced back in 2015 as the Jetson TX1, an updated version of NVIDIA’s original Jetson kit with their then-new Tegra X1 SoC, the company has since kept the Jetson TX1 around in various forms as a budget option. Most recently, the company re-launched it in 2019 as the Jetson Nano, their pint-sized, $99 entry level developer kit.

Now, NVIDIA is lowering the price tag on the Jetson Nano once again with the introduction of a new, cheaper SKU. Dubbed the Jetson Nano 2GB, this is a version of the original Jetson Nano with 2GB of DRAM instead of 4GB. Otherwise the performance of the kit remains unchanged from the original Nano, with 4 Cortex-A57 CPU cores and the 128 CUDA core Maxwell GPU providing the heavy lifting for CPU and GPU compute, respectively.

Meanwhile, though not mentioned in NVIDIA’s official press release, it looks like the company has simplified the carrier board a bit as part of their process of getting the price tag down. Relative to the original 4GB Nano, the Nano 2GB is pictured without a DisplayPort output, and with one fewer USB port. Furthermore those USB ports are no longer blue, hinting that they are USB 2.0 instead of USB 3.0. Finally, the barrel power connector has been replaced with a USB Type-C connector, and it looks like various pins have also been removed.

Overall, NVIDIA is pitching the cost-reduced Jetson Nano as a true starter kit for embedded computing, suitable for early training and learning. Despite receiving a minor neutering, the Nano 2GB can still run all of NVIDIA’s Jetson SDKs, allowing it to be used as a stepping stone of sorts towards learning NVIDIA’s NVIDIA’s ecosystem, and eventually moving on to their more powerful products like their GPU accelerators and Jetson Xavier NX kits. Ultimately, with their efforts to position it as a starter kit for teaching purposes, I imagine NVIDIA is gunning for the educational market, particularly with the continued uptick in STEM-focused programs.

The kit will go on sale later this month through NVIDIA’s usual distribution channels.